While at a bachelor party at a local strip club. My buddy and I were simply shooting the shit at the bar when this ugly ass stripper approached us. She was so full of confidence, which I really admire, though the first thought of mine was that there is no chance she makes any money at any strip club. Not just in her looks but she was straight up whacked. I am speaking various deposits of blubber in places I did not know had been feasible, a C section scar, an appendix mark, uneven boob job with nasty scars, and a very obvious body odor, there was, in addition, an accent that I am guessing being Ukranian or some other former Soviet county..just a head to toe flamming hot mess.

Respectfully we declined any dances she was offering but this ridiculous face wasn't taking no for a response. That is when I pointed her in the directed the guy that was going to be getting hitched, seated in the center of the club with his back to us in a captain's like a chair. She charged ten dollars (at minimum fifty percent of what others have been charging) per dance. I gave her a hundred dollars and talked about the bachelor. She did things with that $100 bill that to this day I am attempting to keep blocked out. Afterwards, she trotted over on the bachelor twenty yards out. I can envision the bachelor politely deny the ridiculous advances of her. She leaned over and also spoke into the ear of his, and also I will always remember that moment. Bachelor does a gradual head turn and also provides the buddy of mine and I an extensive death stare, and also with the beginning of the following song the show was stunning.

She was a hot mess. crawling all over and also around him such as a dog, tongue whipping in and from the mouth of her, screwing up at all acrobatic efforts, arms in the atmosphere tit slapping him, stumbling on him at times. It was disgusting. Song after song the bachelor endured, and then to keep from repeating money making moves, she began getting creative. Her most unforgettable strategy was when she has taken 2 adjacent chairs and place them on each side of the bachelor and also stood on them, bent over with her ass sky very high, and began smacking her ass/vagina against his head and face. The bachelor was totally turned off. nevertheless, deal with forward through the entire ordeal like a rigor mortis corpse. Individuals around the bachelor started to disperse towards the bathroom or maybe the bar, and also it had been at this time I could not actually watch any longer. I knew I must really feel terrible though I was way too busying drowning in tears of pleasure. Bachelor never actually invited me to very much after that.
at March 24, 2019 No comments:

A Consideration on Cash Being The King of Kink 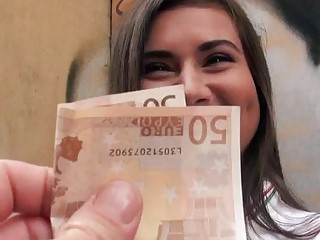 I have a new piece on Adult Magazine on the myriad ways that cash is king of kink. Here’s the opening salvo:

Go here to read the rest.
It’s called “The $200 Question,” which is both a far better title than the one I created and an allusion to the three times in the story when I got paid for sex, sort of. I wrote about the first time in a blog post I called “the accidental whore.” The other two times happened within the last four months, and each episode feels like a fluke, but if twice is a coincidence, three times is a chain, and I’d be entirely prevaricating if I didn't acknowledge that kinky sex, at least when it’s done well, has almost always been tied up with money.
Writing this piece was unexpectedly difficult—not for reasons that you might expect, however. It wasn’t the slow reveal, the sinuous peel of tawdry layers of my intimate skivvies. It wasn’t patting into verbal form the kinds of sex I like to have, nor was it revealing how often this tortuous dance comes to nothing. It was making the hard, linear choices to tell the story to fit the space and the forum.
I wanted to spout Freud and Marx and the obscure French psychotherapist who coined the term “commodity fetish,” Alfred Binet. I wanted to gesture to Madonna’s Sex book, that disappointing luxury item that tried to embody the erotics of the fetish object—and failed. I wanted to talk Rihanna, to describe lush, slick images of skin oiled and dripping in jewels and lace. I wanted to invoke a $270 fringe kitten mask that I want desperately. I wanted to do this all and I wanted to do it while talking about the history of kink, of eighteenth-century novels dripping in the power disparity between young imperilled women and men with money, and the way that no matter how uncomfortable you get, you can’t divest these relationships of their sexual charge.
I wanted to talk more about the joy of having a submissive man give me money as opposed to the joy of having a dominant man buy me things and why these two joys cause separate but equal frissons of pleasure. I wanted to talk about being a feminist, and how this whole heaving economic sexy mess gives me the crawling horrorsloths. I wanted to try to iron out this wrinkle, and I wanted to leave it alone because it gives me pleasure.
I wanted to write about my shame over liking money, my grinding middle-class poverty, and the way that the twinning of my money and my sex fantasies keep me up at night. Not always with pleasure, but not always not. I wanted to write more about being a Marxist mistress, a title I suspect I like more than I’ve earned, but I’ll keep it.
I wanted to do all this and more, but I couldn't because that would take a book, and I’m not sure that it’s a book I want to write. Writing well is hard, my editor reminded me when I told her how hard a time I'd had with this think-kink piece. I hope it’s a good piece. Maybe you’ll let me know.
at September 18, 2018 No comments:

While at a bachelor party at a local strip club. My buddy and I were simply shooting the shit at the bar when this ugly ass stripper appr...